Every Club. Every Season. Every Match. 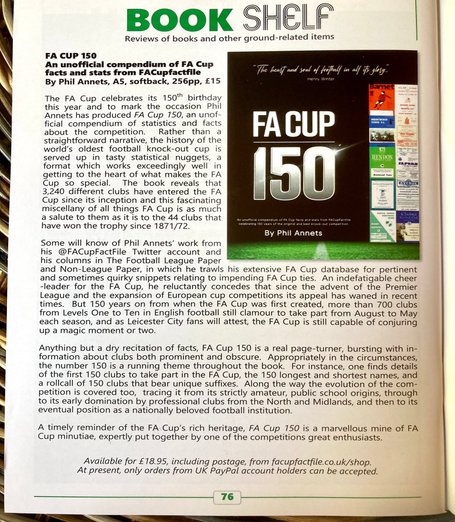 delivered via email using the link below

BUY FULL RANKINGS ON THEIR OWN FOR JUST £10.00 EACH

(Delivered in pdf format by email)

An unofficial compendium of FA Cup facts and stats to celebrate 150 Years of the original and best knock-out competition from FACupFactfile, designed to delight and surprise even the most ardent football statistician!

FA Cup 150 is 250+ pages of fascinating facts covering the whole spectrum of the FA Cup over its 150 year history, sourced from researching every game played by every club ever to participate in the FA Cup.

Among the plethora of facts found in FA Cup 150 are:

The top 150 clubs ever to have participated in the FA Cup.

The two clubs which have faced each other the most often in the FA Cup.

The club which reached at least the quarter-finals in every FA Cup run.

The only club that has competed in the FA Cup which contains all the letters of the words ‘THE FA CUP’ in its name.

Discover these facts and more in this fact-packed celebration of the 150th anniversary of The FA Cup!

Phil Annets is the creator of FACupFactfile, providing comprehensive FA Cup facts and stats across a variety of media outlets, including at least two pages of FA Cup facts in five of the last six FA Cup Final programmes. 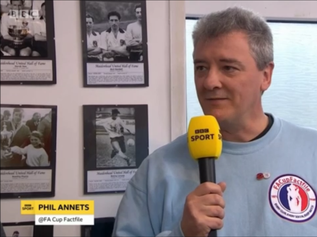